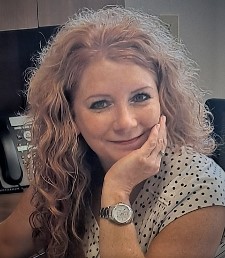 I’ve been a nurse since I was 18 years old. I have the heart of a nurse. I love the legacy of Florence Nightingale.”
— Brandi Rendler, EOO
YORK, PENNSYLVANIA, UNITED STATES, January 25, 2023 /EINPresswire.com/ -- Thirty years ago, Brandi Rendler responded to an advertisement about a position in the laundry department at a senior living community. The job already had been filled, but because the facility had a shortage of nurses, a teen-aged Rendler was asked if she’d consider pursuing a nursing license.

Her positive response to that inquiry three decades ago eventually affected many lives throughout a career that focused on helping others. Rendler enthusiastically brings her experience as a licensed practical nurse (LPN) to her role as Executive Operations Officer (EOO) at The Residence at Fitz Farm, a newly-built senior living community in York.

“I feel that being a nurse in the Executive Operations Officer position gives me the ability to better understand the needs of the residents, which brings the family a peace of mind,” Rendler said. “I’ve been a nurse since I was 18 years old. I have the heart of a nurse. I love the legacy of Florence Nightingale. Being a nurse in my role as Executive Operations Officer means everything to me.”

The Residence at Fitz Farm has 130 apartments of Independent Living, Personal Care and Memory Care. The 16.5-acre site of the new building is situated on land once farmed by four generations of the Fitz family, known throughout the region for harvesting flowers and produce such as strawberries and their specialty, white celery.

“There is so much tradition on this site,” said Rendler, noting the Fitz family originally purchased the farm in 1900. “We are grateful to be able to build on the history made by the Fitz family. The support we received from the Fitz family has been just amazing.They feel like part of the IntegraCare family now.”

The Residence at Fitz Farm, whose construction progress has been visible to many York residents as they drive up I-83, is a four-story senior living community that features one- and two-bedroom units. Amenities include physical fitness and therapy areas, a beer rathskeller, a theater, hair salon, library, card room and a bistro. It is operated by IntegraCare, a Pennsylvania-based company with over 20 years of experience managing senior housing communities.

An official grand opening will be held on April 20, with an open house event on April 22.

The Residence at Fitz Farm will provide memory care with a more personal approach. The one-on-one attention residents receive is an integral part of the care.

“We made an intentional, conscious effort to make our memory care more intimate,” Rendler said.

Rendler, 48, has spent her entire adult life helping others, especially seniors, through her roles as an administrator and an LPN.

She grew up in Quarryville, Lancaster County, and earned her nursing license at Lancaster County Career and Technology Center. Rendler eventually attended Penn State University, where she obtained her administrators license.

Rendler, who has a son and a daughter, and two grandchildren, is truly thankful that she said, “Yes,” when asked about becoming a nurse because of the “magnificent journey” she’s been a part of. Her LPN status and a strong will enabled her to become a leader and an administrator with a penchant for senior living care.

“I love the senior population, in particular the wisdom and advice they give you,” Rendler said. “They’ve been through so much in their lives and have created our history. Our seniors were our protectors and the defenders to the generations that have come after them.”

For inquiries or corrections to Press Releases, please reach out to EIN Presswire.
✕
× Close Ad